“BEHOLD, HE IS IN THE SECRET CHAMBERS; BELIEVE IT NOT”

In the midst of the fear & acute panic that currently grips the populace in regards to perceived threats to our information amusement parks such as “cyber terror,” “identity theft,” “malicious software” or “malware,” (and on & on, et al.) it has occurred to me that the internet itself, in its entirety, may be most accurately categorized as a virus. Allow me to present a crude demonstration of this hypothesis.

“WE ARE HERE TO AWAKEN FROM THE ILLUSION OF SEPARATION.” Graffiti found in an old military bunker near Baker Beach, San Francisco. Note the design to the right: hexagons within hexagons.

Reality is hyperlinked. This is the nature of the mind. Synapses, in their lightning storms & calligraphy in the dark, naturally string together sequences of associations like the braids of a sailor’s knot: securely yet flexibly. The diminishing spacial possibilities of an ascent up a pyramid. This is the first associative confluence. As I type these words my mind has meanwhile constructed, unbeknownst to me consciously, the complete situation that has likely sprung to the minds of many reading this now: that of the room of 100 monkeys with typewriters who, by process of their nonsensical banging at the keys, will eventually produce The Protocols of the Learned Elders of Zion. 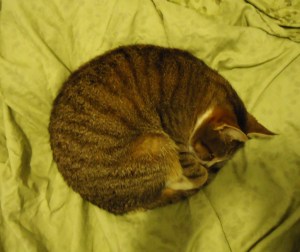 Another example of the hyperlink as it exists in quotidian reality.

Our subject, the internet, is a brain where there was nothing but ether. The brain, subjectivity itself, is an internet which from the ether produces consciousness, which is nothing. Look within, attempt to locate the “self” that causes such a ruckus. It is like grasping at air with a carpal tunneled hand. This “nothingness” of the self is the second associative confluence.  Does a virus know that it knows? Does it know wherefore its slimy trail flows?

23 Then if any man shall say unto you, Lo, here is Christ, or there; believe it not.

24 For there shall arise false Christs, and false prophets, and shall shew great signs and wonders; insomuch that, if it were possible, they shall deceive the very elect.

25 Behold, I have told you before.

27 For as the lightning cometh out of the east, and shineth even unto the west; so shall also the coming of the Son of man be. 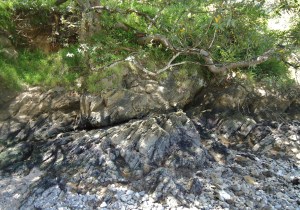 Angel Island, CA. This, too, is a part of the internet-metavirus.

The third associative confluence is the thing itself. A virus is a program that reproduces itself indefinitely. The internet’s greatest survival mechanism is its incorporeal nature. It was designed with the evolutionary imperative of surviving multiple nuclear attacks, like a cockroach stretched infinitely thin across an infinite grid. Synapses firing across the surface of the entire earth, from the east to the west. Thus in its barest outline is sketched plainly, if not amply demonstrated, the highly advanced viral nature of the internet. The conclusion to be drawn from this is clear: fear not, O ye metavirus, viruses infecting from without, for ye are VIRUS. Does the ocean fear the flood?

A server is a lonely sentinel of self-perpetuation & transcendence.